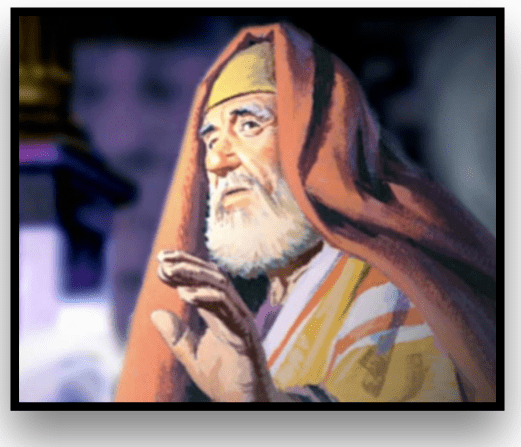 Zacharias was a “just and holy” man (Alma 13:26) and a priest. He and his wife Elisabeth were descendants in the Priest’s line (Luke 1:5) In Hebrew his name meant Lord has Remembered  and her name meant consecrated to God.
This noble couple were promised a child who would be the forerunner of the Messiah. Zacharias did not believe this could happen as they were “sticken in years” so Gabriel told him he would “not be able to speak, unto the day that these things shall be performed” (Luke 1:20.)

He remained mute until “Elisabeth’s full time came that she should be delivered.” (Luke 1:57) It was then that Zacharias’s “mouth was opened” (Luke 1:64) and he bore witness of the divine mission of his newborn son, testifying that he would “go before the face of the Lord to prepare his ways.” (Luke 1:65) News of these miraculous occurrences “were noised abroad throughout Judea.” (Luke 1:76.)