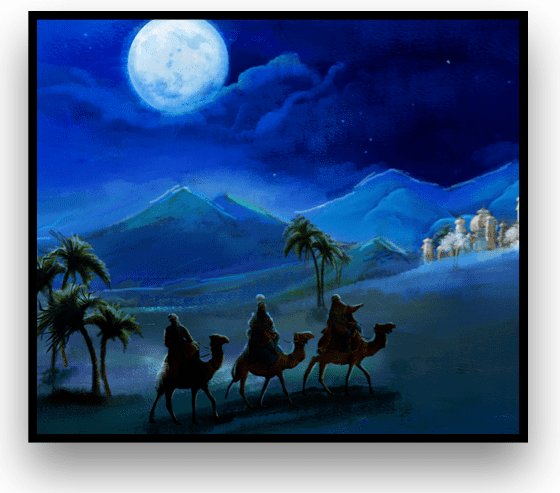 “There came wise men from the east to Jerusalem.” (Matt. 2:1.) We know that the wise men were ignorant of the political situation at the time, for they sought Christ’s whereabouts from Herod: “Where is he that is born King of the Jews? for we have seen his star in the east, and are come to worship him.” (Matt. 2:2.)

Wise men, guided by a new star, came to Bethlehem to worship Jesus sometime after His birth. They were not ordinary men. Magi were “privileged to search out the Son of God and give Him gifts, and were spiritually sensitive and knowledgeable, suggests that they were actually prophets on a divine errand.” (Bible Dictionary) They were holy men from a land east of Palestine.  ​
“Who will care about the King of Jews?,” “The Jews!”  Most of the Jews lived in Babylon and were there until 1000 AD when the Muslims took over Babylon.  So the wise men most likely came from Babylon.
We also know from the Joseph Smith translation of the Bible that the wise men came seeking “the Messiah of the Jews,” thus following the pattern of witnesses that brought seekers of the Son of God to testify of him. (JST, Matt. 3:2.)
Magi or wise men bearing gifts came of the east – symbolic of Jesus returning from the east bearing eternal gifts!