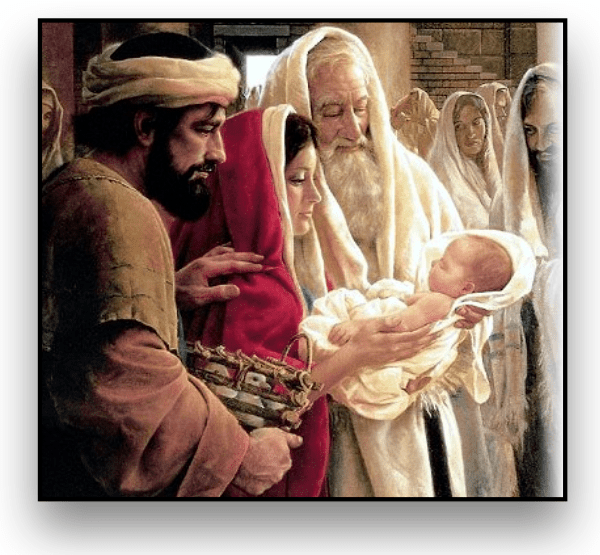 Simeon, whom Luke described as “just and devout” was the ninth witness. He was able to hold the Christ child. He had been promised of the Lord that he would not die until he had seen the Savior. That day he was moved to go to the temple.

When the parents and the child entered the temple—Mary for the ritual of cleansing and Joseph to pay the tax necessary to redeem the firstborn from priestly service—Simeon took the child in his arms and declared, “Lord, now lettest thou thy servant depart in peace, according to thy word. For mine eyes have seen thy salvation, Which thou hast prepared before the face of all people; A light to lighten the Gentiles and the glory of thy people Israel.” (Luke 2:29–32.)
Joseph McConkie said Simeon’s declaration “reached far beyond the understanding and hope of those of his nation, for he saw the universal nature of Christ’s ministry. He bore witness that Jesus was Savior to Jew and Gentile alike.” (Joseph F. Mcconkie, Twelve Witnesses of christ’s Birth, Ensign, December 1990)​
What has God promised you? Are you sharing what he has given you?